Everything these days can be considered Nano which weren't Nano 10 or 20 years ago but they were the same size then as they are now being 1-100nm (nanometers). For instance Carbon Black is Carbon Black but now-a-days you can get research money if you tie in "nano" to whatever it is you want to do so instead of saying Carbon Black which everyone already knows about you put "Nano Carbon Particles."

This gimmick works in academia and unfortunately also for consumers who are not aware of such marketing schemes.

On another note please look at the following images: 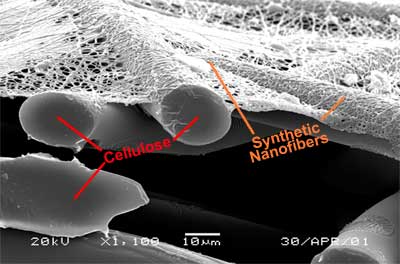 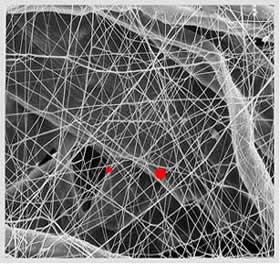 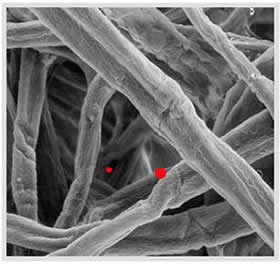 How does a bunch of lines turn into a web-like structure when the apparent size of the cellulose substrate is smaller on the lines as compared to the web-like picture? I am confused.

We're sorry. You must be signed in to continue. Sign In or Register
×

Are you sure you want to remove from your Block List?
×

When you block a person, they can no longer invite you to a private message or post to your profile wall. Replies and comments they make will be collapsed/hidden by default. Finally, you'll never receive email notifications about content they create or likes they designate for your content.
Note: if you proceed, you will no longer be following .
×
Loading...